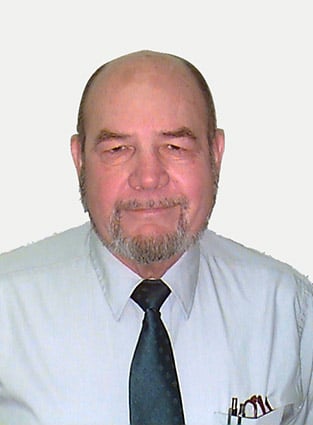 It was a pre-planned target strike under FAC (USAF) control out in heavily forested terrain SE of Saigon and when we found the FAC, he didn’t have anything planned for us and proceeded to expend our nape and RX on targets he selected at random.

As we were getting down to the last of our external load, he found an isolated grass hut back in the edge of the jungle and got really excited because this was the typical storage location for the VC to keep their attack supplies. It was really hard to see and all of our first passes were dry because none of us could find it until I got a brief glimpse as I called “off” on my second or third pass and I vowed I’d hit it my next time around.

I had to keep my pattern tight to keep sight of the hooch, which made my firing pass much steeper than usual, and when I squeezed the trigger for my burst I realized that I was VERY low. I kept firing as I lit the afterburner and started adding G until I could see I wouldn’t hit the ground.

My burst started impacting well in front of the hooch and walked up through it to spray into the trees hiding it. I relaxed when I started climbing (still squeezing the trigger) and the FAC came up on the radio, saying, “Uh, uhh, uhhh.” When he stopped grunting, I keyed my mic and said, “I think I’ll go home now.” We re-joined as I collected my wits while heading straight for Tan Son Nhut (the Saigon airfield) and when I looked at the G-meter, it was pegged at its max of 10 Gs.

I told the tower I was going to make a straight-in approach and sent my wingmen into the normal pattern so they would be on the ground and out of the way when I touched down on the runway. When I parked, I told my crew-chief the bird was grounded for “over-G” until the proper inspections had been done. The next day, the maintenance gang had it back on the line! (We enjoyed over a 90% in-commission rate at Saigon, which was unheard of In the USA: that’s how good our maintainers were). A couple of days later, one of my wingmen told me I had blown a lot of spray out of the rice paddy adjacent to the hooch: No wonder the FAC had problems with his radio call.

After leaving the Air Force I went to work for a Government Contractor named “Veda” and was a by-name request to support the AMRAAM Operational Utility Evaluation (OUE) which was conducted by AFOTEC in the McDonnell-Douglas Simulation Facility. I stayed with Veda during their support contract of the 57WG OT&E operation until they lost the contract and eventually closed the Las Vegas office in 1984.

I then formed a local small business with three other fighter pilot retirees under the name of “Hamilton and Associates” and provided USAF OT&E support on a “catch as catch-can” basis until we folded in 1987.

Afterward, I started my own business of repairing PCs on-site for the local community and closed it when an opening for a Project Support Specialist arose at Nellis AFB under the Anteon Corporation doing OT&E support for the 422 Test and Evaluation Sq. (TES). When 53WG converted the Anteon positions to Government Civilian ones in 2002, I was offered a GS-12 and accepted. About two years later, our Operations Research Analyst moved to a supervisory GS-14 position and I applied for that vacancy. I was accepted and now am a GS-13 in the 59 TES, which handles planning, analysis, and reporting in support of the 422 TES as part of the 53WG unit structure.

Stephen “Shad” Dvorchak was a longtime member of the Super Sabre Society. His son said he joined the organization because he wanted to get The Intake journal. A copy of the publication was on his nightstand when he passed.