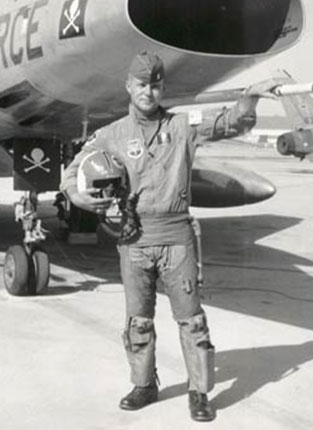 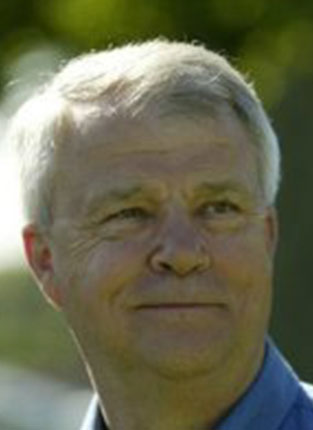 “I reported to Luke AFB in 1962 and began my F-100 flying in the C and D models. We trained in 3 phases, nuclear deliveries, air to air combat, and conventional air support. My first assignment was Cannon AFB, and I was only there for a few weeks and our squadron was in Danang AB, RVN where we flew the first missions in Laos, and in March 1965, I was on the first missions into North Vietnam. I went on to become the Air Force Advisor at Fort Smith Arkansas flying the F-100 until we retired the aircraft, then to the F-4, and later to the F-111 where I participated in the “last combat mission in SEA” flying out of Korat AB, Thailand during the USS Mayaguez rescue in 1974. The F-100 was always my favorite bird, accumulating over 2,000 hours of time. I retired in 1985. (Source: Steve Altick, Lt Col USAF (Ret) National Air and Space Museum”

Col. Altick completed 23 years in the Air Force and flew over 3,000 hours in the F-100 Super Saber retiring from service in 1985. He completed three tours in Vietnam and participated in the first raid over North Vietnam and Laos in 1965 with the 428th Tactical Fighter Squadron. In 1974 he flew F-111 aircraft in the USS Mayaguez operation as the last combat mission, and with the same squadron (428th TFS. (Stake your Claim, Air Force Times).