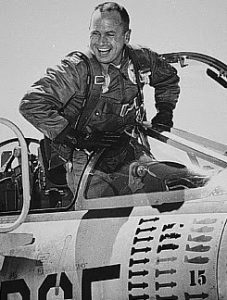 Captain Irwin was part of a group of engineers and pilots awarded the Robert J. Collier Trophy by the National Aeronautic Association in 1958 for “the greatest achievement in aeronautics” because of their involvement in the Lockheed F-104 program.